There is a recognised need for substantial reform of the Northern Territory's environment protection framework. Reforms are long overdue and critical to achieving a robust regulatory system that the community will trust to ensure the Territory's ecologically sustainable development, while encouraging industry investment and economic growth.

Refer to the Environmental reform in the Territory fact sheet PDF (5.5 MB) for more information on the benefits of this reform.

Expand all | Close all

To achieve this the NT Government has developed a two stage environmental reform program.

Stage 1 will address reforms to the environmental impact assessment system.

It will introduce an environmental approval to be issued by the Minister for Environment and Natural Resources.

This stage will also consider and address duplication in the environmental management system.

Release of the Environmental Regulatory Reform Discussion paper, the purpose of the paper was to provide a snapshot of the reform process for environmental impact assessment and project approvals. Engagement below:

The Environment Protection Bill 2019 (the Bill) was introduced into the Legislative Assembly on 16 May 2019 and is available from the Northern Territory Legislation website.

The department has prepared a range of documents to assist stakeholders to understand the Bill.

All the released documents can be found on the regulations consultation website.

View the submissions that were received on the feedback webpage. 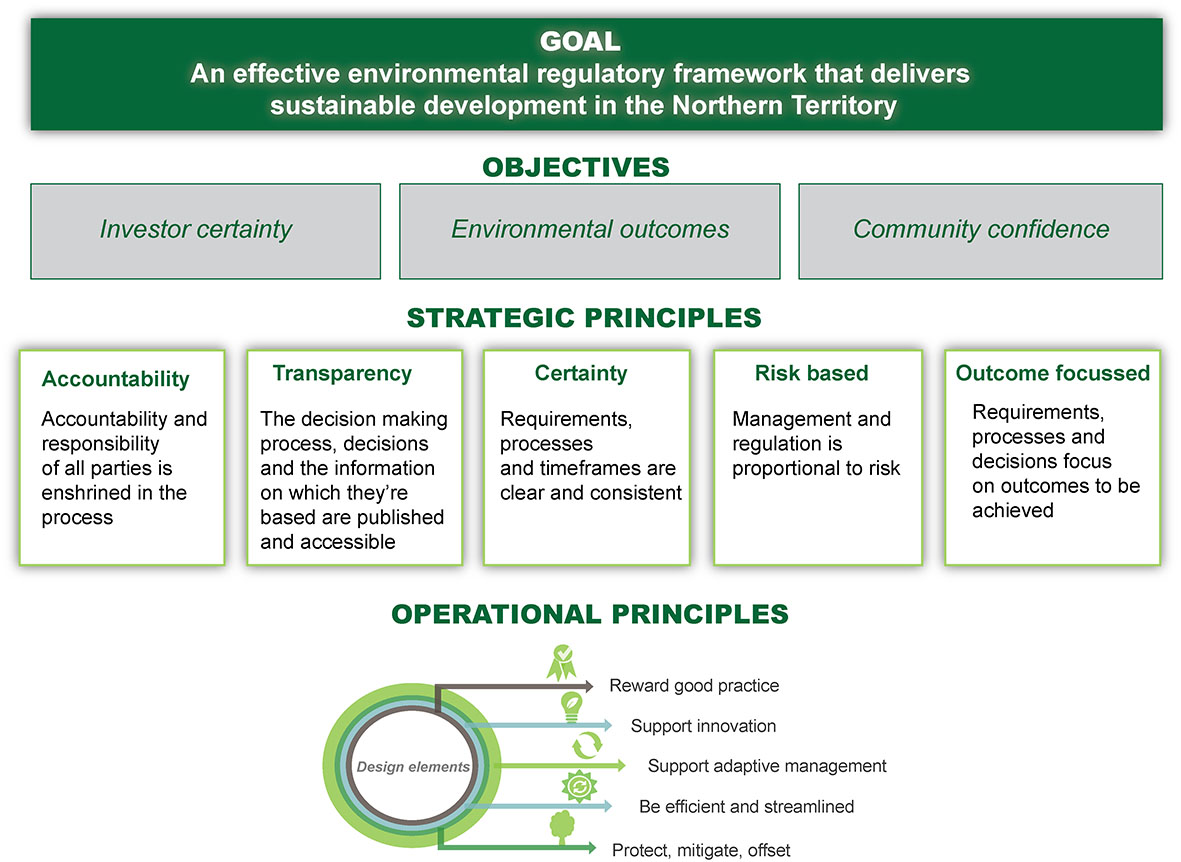 There have been a number of reviews of the Northern Territory's (NT's) environmental impact assessment and approvals system in recent years.

The most significant of these are:

At the national scale there have been a number of reviews looking at environmental regulation, including the Australian Productivity Commission's Major Project Development Assessment Processes (2013).

In addition, the Northern Territory Government and the NT EPA have received submissions from industry, non-government organisations and individuals on a range of other environmental related matters.

These submissions often raised issues relating to the assessment or approvals system and the effectiveness of the Waste Management and Pollution Control Act 1998. Examples include those submissions about:

The Northern Territory Government has considered information from these sources, and others, to develop proposed reforms to the assessment and approvals system.